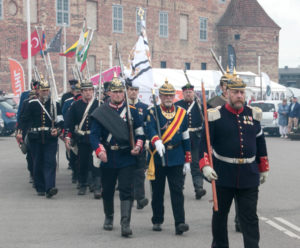 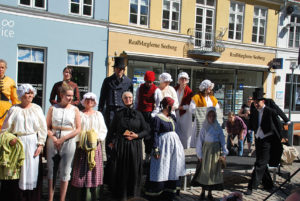 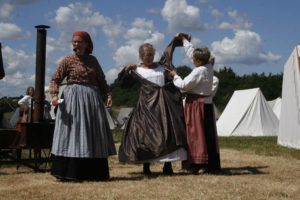 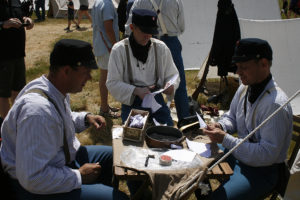 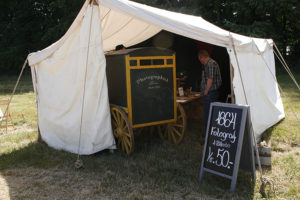 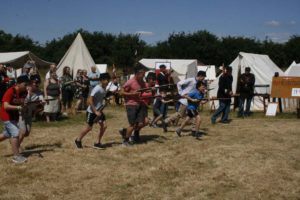 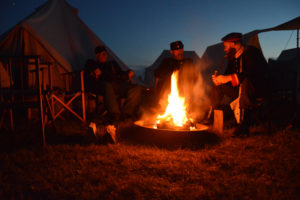 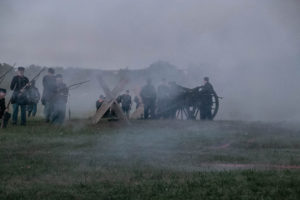 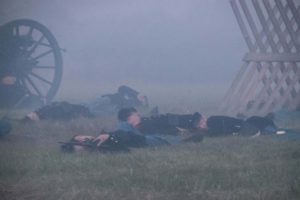 It rumbles and roars of 1864 history in Sønderborg on the weekend from 26 June to 28 June.

On Friday afternoon from 16:30-17:30 you can visit Sønderborg city center, watch the parade, see the beautiful uniforms and historical costumes. The mayor will be presented and open the 1864-days in Sønderborg.

On Saturday, the soldier camp opens at the peninsula Kær Halvø (Slagmarken) north of Sønderborg with fighting demonstrations, camp life, fashion shows, tales and lots of activities for the whole family. Meet also the barber, photographer, shoe polisher and many other historical personalities on this day, as we turn the clock 155 years back.

The main event will be Sunday early in the morning; which is the scene where the Prussian soldiers in pitch darkness crossed the sound Alssund. We execute this at the historically correct time, at 2 o’clock in the night.

The parade starts at Sønderborg Castle

16.30: The Historical Brigade puts on a drill parade for the public.

17.00: The mayor welcomes the Historical Brigade to Sønderborg.

Tickets can be bought at the entrance. The ticket provides access to the Soldiers Camp Saturday and the re-enactment at night (very early Sunday morning).

The Soldiers Camp is open with a host of activities and battle demonstrations. There are:

2.00 – 4.00: The crossing of Alssund. The spectator area is on Kær Vestermark north of Sønderborg.

Tickets can be bought at the entrance. A ticket for the Soldiers Camp Saturday also gives you access to the battle at night.

2 am: The Soldier camp opens. Feel the tense atmosphere and listen to stories from contemporary witnesses. A slideshow will be shown on a big screen and it is possible to buy coffee at the sutler. At about 2.40 the spectators walk down to the water, where the battle is introduced.

4 am: The battle is over. The wounded are carried to the infirmary. The visitors meet the participants of the Historical Parade of Als.